Why vaccinate? Measles and being a global citizen

So this map got me all riled up this week. 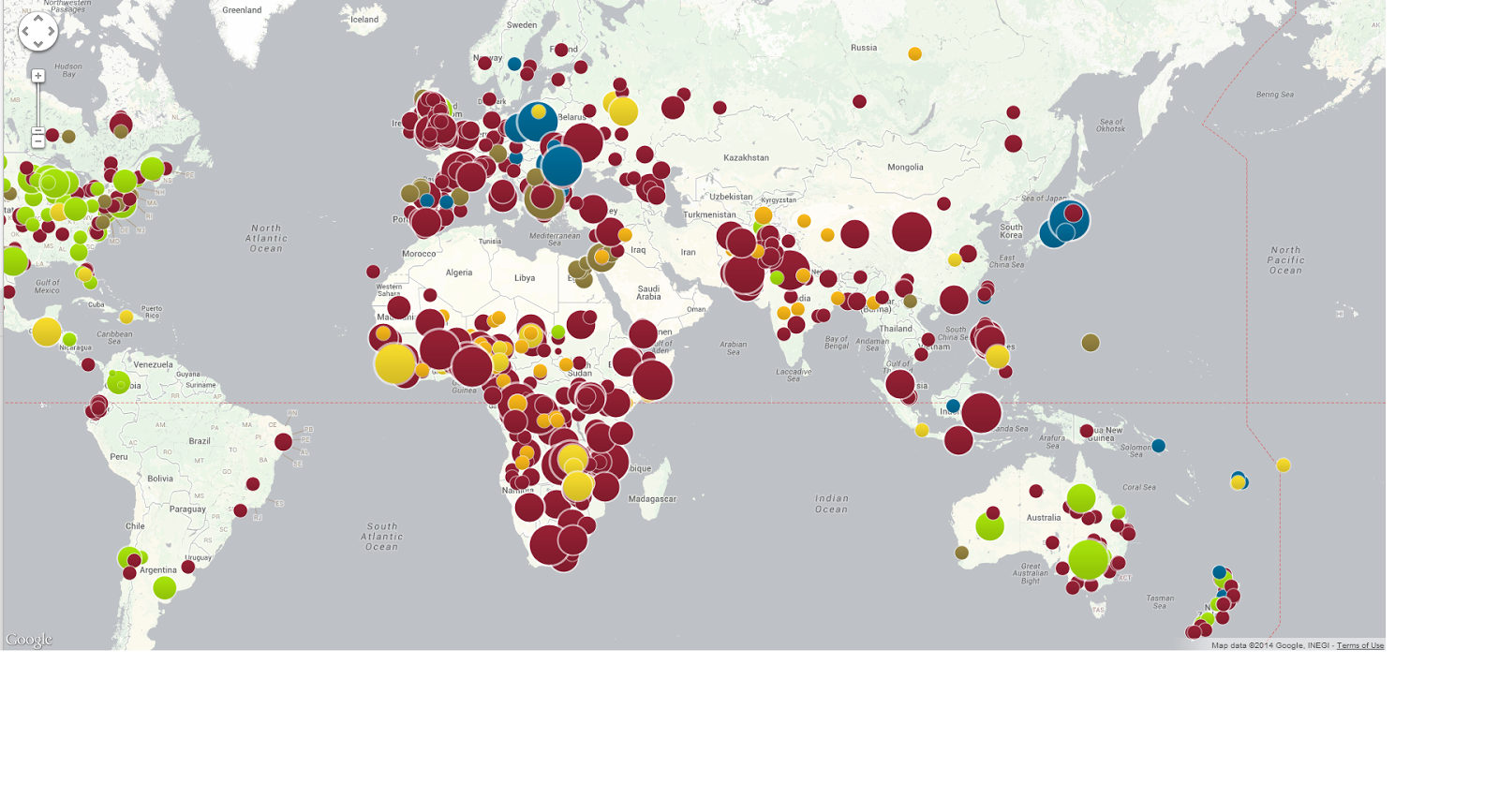 You may have seen it around. Its a map of vaccine preventable disease outbreaks since 2009. Its located at the Council of Foreign Relations if you want to have a play with it yourself.  The thing that struck me the most about this map was that the vast majority of the outbreaks appeared to be in poorer areas without much access to healthcare. For example, being Australian I noticed that the majority of the outbreaks in Australia appeared to be in the rural areas. There's obviously reasons for this, I would guess limited access to healthcare including vaccines, but this same limited access to healthcare is going to cause them to suffer much more than people who get measles in an industrialized population with access to good healthcare.
Lets talk about measles for example.

The death rate from measles for children is about 2 in 1000 in the western world (1). In the united states this translates to about 1 person a year with the vaccine (2).  This low death rate is what makes many people consider measles to be a 'normal childhood illness' that children should get rather than be immunized against. However the fact that so few people die of it is like due to a combination of the effect that good medical treatment has on complications that would cause death (pneumonia, 'measles croup', diarrhea, encephalitis) and that complications are worse in those who are immunosupresed, malnourished, suffering vitamin deficiencies or living under crowded conditions (3), which the majority of the populations in these communities are not. Prior to the introduction of the measles vaccine, the death rate from measles had already fallen in the U.S.A. from 25 per 1000 to 1 per 1000 cases (3).

This fact, combined with the fact that vaccines have meant measles outbreaks in these countries are few and far between, has meant many people have forgotten how bad this disease can be. Even a death rate of 2 in 1000 translates to 5 million children a year in the U.S.A.
Many people in other countries, and even in other parts of the same country in the case of inequitable distribution of healthcare (*cough* Australia *cough*) however are not so lucky and death rates can be 10 to 100 fold higher. Populations appear to be particularly vulnerable after natural disaster or conflicts (4).
For example in 2000


In addition to death, measles commonly causes ear infections and corneal infections which untreated can lead to deafness and blindness. This is devastating in any country but particularly in those without decent welfare or other social support systems.

So what?
So you say, I don't live in any of those areas. My decision not to vaccinate makes no difference to them. Fine, if you live in a segregated community where no one ever travels. Measles is a highly contagious disease (90% reinfection rate of a susceptible population in domestic contact) and most outbreaks are imported from other countries or communities (5). Once imported into a community, measles travels rapidly through the nonvaccinated community, including those who are too young or otherwise vulnerable to be vaccinated. Some of these people may travel before they realize they are infected, spreading measles to other communities.
This is why people get upset about other people not vaccinating. Of course its your decision but it affects everybody.
Are we not raising our children to care about others? To be empathetic and kind? To be citizens of the world?
We make them share their toys despite the momentary unhappiness it brings; we punish them for pushing overs and teach think of what others need from them rather than what they can get themselves.
So why would we not vaccinate them, inflicting the momentary pain, few days of side effects and tiny risk of problems, if it means preventing children in other countries from dying.