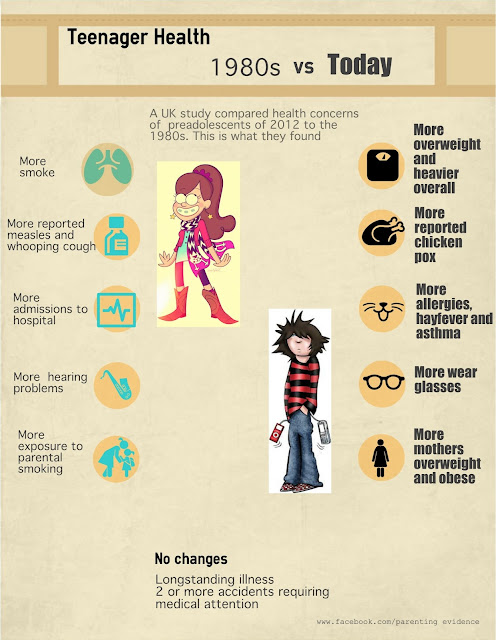 Sleep disordered breathing in children was found to be associated with poorer academic performance and unsatisfactory progress at school.

Children were found to have less screen time when parents limited their own gaming.

Parenting
Less sensitive parenting on the part of mothers and harsher parenting from fathers was found to have deleterious effects on children's knowledge about their thinking, control over their thinking and self-control.

A mother's attachment to their foetus in pregnancy and how their relationship adjusts to the pregnancy has been found to be good predictors of how much stress the mother will feel 3 months after the baby is born.

Authoritarian and permissive parenting were found to increase the likelihood of oppositional defiant disorder in school going boys.

For mothers, increased marital tensions were found to reduce the quality of parenting

Teenagers
The use of aggressive humour and self defeating humour by teenagers was found to increase the likelihood of them engaging in cyber bullying.

Higher parental intrusiveness was found to be associated with more teenager-parent hostility in interactions.

Teenagers were found to be more receptive to parent advice about social matters when the quality of coaching provided was higher and when the relationship between parent and teenager had more warmth and less hostility.