Although most people are likely aware of the danger of having dogs around children, it is often frightening to see how relaxed most people are about their children 'playing' with the family dog. I met a grandmother once who had bad scars up her arm from when she intervened when a neighbour's dog attacked her grandchild. On further discussion, it came up that the grandchild who was about two, had been encouraged to interrupt the family dogs while eating in order to feed them bits of their dinner. It was when she attempted to do the same thing with the neighbour's dog that the dog attacked her. Both the child and the grandmother needed to go to the hospital, although the grandmother was the only one who was physically scarred and the dog was put down. Remarkably, the grandmother still did not appear to have insight into the fact that they had been the one to place the grandchild at risk by encouraging unsafe behaviour around dogs.
Maybe this is because the dog bites that are published in the media are the one or two instances of dogs, mostly pitbulls, who attack a strange child unprovoked and not the many many more children who attend hospital every day who have been bitten by a known dog at home  1, 2 .  Around 18% of children have been bitten and 0.18% attend hospital with the bite 3. Our positive relationship with dogs, particularly in family settings may mean that many people totally underestimate the risk posed and fail to take safety precautions.
Dog bites are generally superficial but children are at an increased risk of being seriously harmed. Children who are bitten are more likely to require medical attention and more likely to be bitten in the head or neck region. One study found that 50% of children presenting to hospital with a dog bite injury needed at least one operation under general anaesthetic and 1% developed post traumatic stress disorder 2. 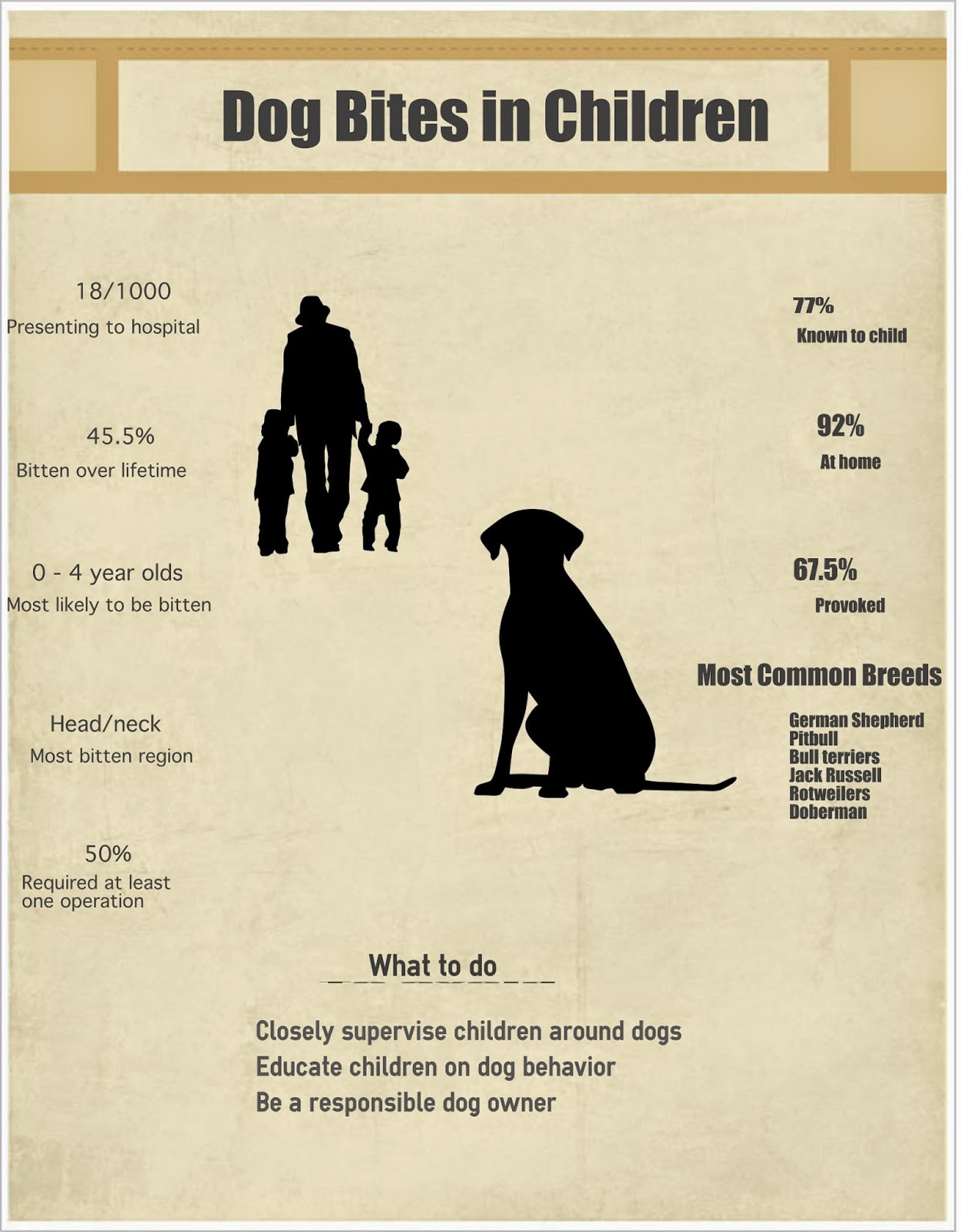 Most of the community reaction about dog bites involves attempts to restrict breeds and clamp down on dog owners, yet studies have shown that the dogs involved are not generally 'vicious' and most were provoked in some way.  This is particularly obvious when you consider that children under ten are the most likely group to be bitten, with the risk being highest in those from 0-4 years of age and lowering with age 3. This clearly shows that the best thing for safety involves changing the behaviour of the family.

So what can you do:


If you struggle to determine where to start, many local councils or animal organisations run programs to help families be safe around dogs. You should take this as seriously as you would take any other safety training for your children.